The Ties That Bind, by Johnny Wheeler 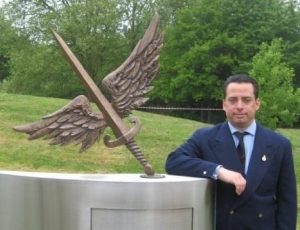 I’ve read speculation before that Billy Fiske was nothing more than another bored wealthy American adventurer, searching for thrill in whatever means could be found.  This has been an accusation put forward to all of the nine Americans that would leave the USA to fight in what became known as the Battle of Britain.  I certainly can’t speak for the motives of each man, but the facts present the opposite for Billy.

Billy was something of a renaissance man; he was wealthy, had gone to school to study economics at Cambridge, lived for some time in England, married the former Countess of Warwick and had certainly made a good number of English friends.  He was of course an Olympic bobsled gold medalist at the young age of just sixteen, and an avid skier.  Eventually he would become instrumental in getting the skiing scene in Aspen up and running so that it would become a hub for the sport in America.  He even dabbled in directing films.

Running in such circles, he undoubtedly had opportunity to have met the likes of Roger Bushell, Gordon ‘Mouse’ Cleaver, Willie Rhodes-Moorhouse, Paddy Green and Michael Robinson – all who were skiers of note, relatively wealthy and all of whom had joined 601 (County of London) Squadron of the Royal Auxiliary Air Force.  When war came to Europe, Billy was working in New York.  Two of his friends – Billy Clyde and Michael Robinson – were also in America, and hastened home to Britain to take up their places in 601.  They convinced Billy to join them.  He had previously learned to fly, and had also famously refused to captain the U.S. Bobsled team at the Olympic Games in Germany due to his opposition to Adolph Hitler and the Nazi regime.

So it seems clear that William Meade Lindsley Fiske III did not run off to fight the Germans in the skies over Britain because of some ill-advised drive for adventure, no matter what the cause.  He went to join 601 Squadron to fight against an unjust tyranny that he knew would have to be stopped eventually, to fight with his mates that he held in such high regard – and they him – and to help protect a country he had also come to love.

The rest of course is history; Billy came to England, joined 601 Squadron and was then shot down on 16 August over Tangmere.  He was critically injured and died in hospital the following day of his wounds (he was badly burned) at the age of twenty-nine.

Winston Churchill of course used Billy Fiske as a PR opportunity to further draw the United States into the conflict.  A plaque was placed in St. Paul’s to that affect, and while the intentions were perhaps of a more political nature, the inscription on the plaque is simplistically quite true:  An American citizen who died that England might live.

Some years ago, the Old Comrade’s Association for 601 – which prior to its current reformation was all that was left of this great and proud Auxiliary Squadron of the Royal Air Force, decided on a final honour for Billy.  I was a bit surprised as I always assumed that many in the Squadron would consider Billy’s brief tenure as simply the folly of a foolish American, over-publicized for political gain.  But this couldn’t have been further from the truth.  Even more than sixty years after he had so very briefly come to serve in 601, he was held with the very greatest of respect, almost even perhaps bordering on reverence.  He was not the ‘impetuous Yank’ but rather was simply one of them; a ‘brother’ who had served and died with is comrades, and indeed his friends in 601 Squadron during Britain’s great hour of need.

As an American myself, with a keen interest and affiliation with 601 Squadron, Billy Fiske is rather emblematic of the relationship between American and Great Britain.  We are in fact cut from the same cloth.  While the cultural differences have made us seem at times as perhaps more distant cousins, the truth is that we share far more traits than those that make us different.  Americans can be loud and brash, and the British perhaps more reserved but with biting understated wit.  But when times are tough and the chips down, that common bond is never clearer.

A very good English friend of mine once told me ‘you’re more English than most Englishmen I know’.  I took that as a great compliment.  Both nations possess traits that put together lead to great things.  Our two nations shall be forever intertwined in history, common belief and the drive and ability to strive and make our world a better place.  Some eighty years ago, Billy Fiske proved this link, and sacrificed his life to ensure that it might always thrive. 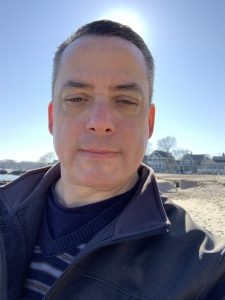 Johnny Wheeler is a Technical Writer for Pratt & Whitney Aerospace, now a subsidiary of Raytheon Technologies, writing Technical Orders and maintenance and repair documentation for the F119 Engine used exclusively on the F-22 Raptor.  The position report directly to the United States Air Force in maintaining the combat ready fleet of engines and involves authoring Time Constraint Technical Orders which apply immediate repairs to assets both in the field and for depot level repairs.

As an avid historian Johnny became interested in the Royal Air Force, and several decades ago began collecting the history of 601 Squadron.  Befriending the surviving members of 601’s Old Comrade’s Association, the task was to provide means of remembrance for the Squadron.  To that end a rather large database of photographs and information has been amassed to chronicle the entire history of 601, from its inception in 1925.   Many family members of those who once served in 601 have been contacted and have provided valuable information.  The process is ongoing, with the ‘new’ Squadron being included in the rich history of 601.

Johnny is married with two sons of sixteen and twenty-three.  He splits time between a home in New York and one in Connecticut.

An Enduring Relationship, By Clive Mitchell