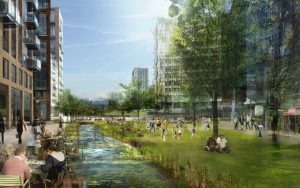 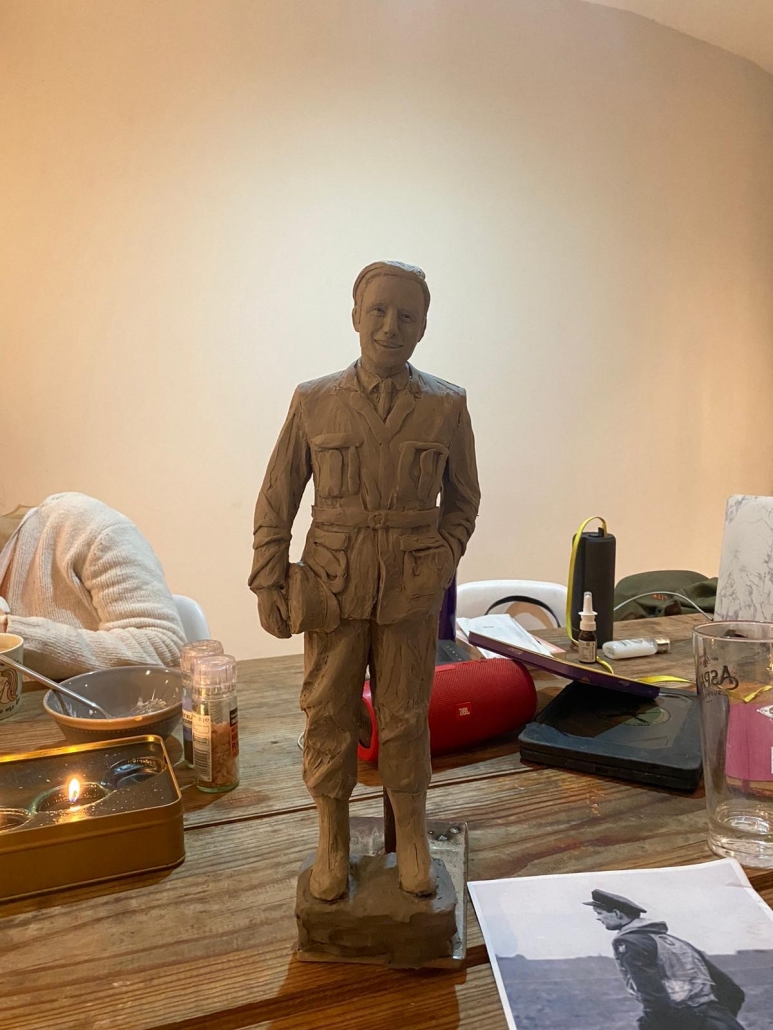 A small-scaled “maquette” of Billy Fiske.

The idea of a Billy Fiske statue near the US Embassy has received tremendous support from many sectors.  Both US Ambassador to the Court of St James, Robert Johnson and  RAF Chief of the Air Staff, Air Chief Marshal Mike Wigston have written to the Wandsworth Council in support of approving a site near the Embassy.  The Foundation is currently working with the Wandsworth Council to finalise a site in Nine Elms Park suitable for the Fiske statue.  The Foundation is dedicated to meeting all the cultural and environmental requirements of the Council.

Since she was a teenager, Jenna Gearing has loved to sculpt in clay. At school in Kent – described as ‘the garden of England’ – she would mould clay and plasticine with a particular affection for horses, dogs and the rugged faces of the quickly departing generation of the Second World War. 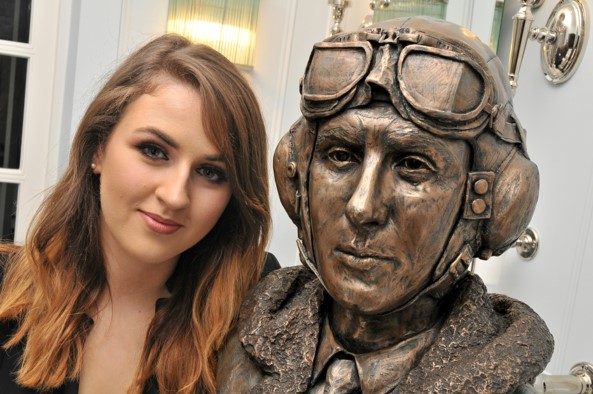 Bust of Captain Eric (Winkle) Brown 1920-2016, the naval test pilot who holds more world records than any other pilot. Created by Jenna Gearing for the Fleet Air Arm Museum.

Jenna’s big break came when she was just 16 years old and she created a bust of Britain’s last First World War veteran, Henry Allingham. It was exhibited widely and brought by the Fleet Air Arm Museum at Yeovilton as Henry had been a flier in the Royal Naval Air Service and a copy was placed in his home-town museum at Eastbourne in Sussex. That led to Jenna being commissioned to create the bust of Guinness Book of Records world recorder holder Captain Eric (Winkle) Brown – flew more types, greatest number of carrier landings, world firsts – which is also displayed at the Fleet Air Arm Museum. It was unveiled on her 21st birthday. A second bust, showing Eric in old age was acquired by the National portrait Gallery of Scotland where Jenna has the distinction of being the youngest sculptor ever to be exhibited in Scotland’s premier arts centre. 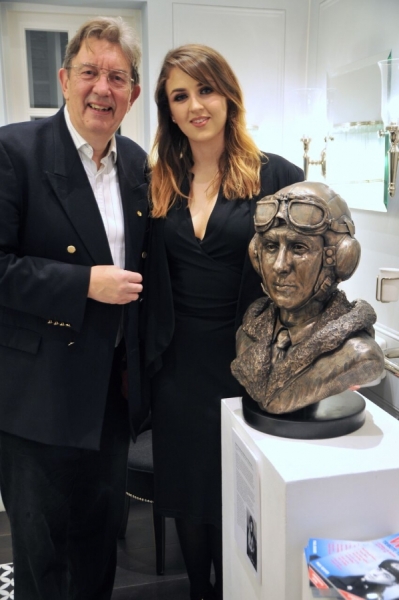 Jenna is supportive of charity and uses her art to raise awareness and earn funding for worthy causes. A few years ago, aged 19, she created a wonderful table centre piece for the Queen’s Gurkha Engineers which sold to raise funds for the Nepal Earthquake. The Queen’s Dragoon Guards, an élite cavalry regiment, commissioned her to create a table centre piece for the Officers’ mess which shows a famous and gallant action, with horse and soldiers. Currently, she is finalising a more than life size bronze for the island of Barra in Scotland where a disproportionate number of young people originated who were killed in the Manchester Terrorist Bombings.

“I like to specialise in “interesting pieces of interesting people” she says, “and I love to create images of people’s dogs, horses and, my favourite, the diminutive roe deer. I look forward to creating a statue of that great American-British hero Billy Fiske to remind people of the fantastic links across the Atlantic.”