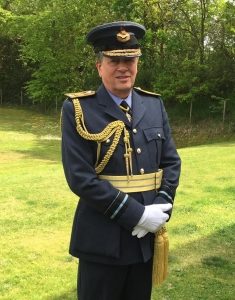 Air Vice Marshal Lord Beaverbrook, Chairman of the Beaverbrook Foundation, worked for Beaverbrook Newspapers from 1972 to 1978, starting as a management trainee and ultimately rising to General Manager of the Sunday Express.

Since 1978 he has served as a director of the Aitken/Beaverbrook Family Office, overseeing a diversified investment fund, specialising in real estate for many years, and more recently in oil and gas.

Lord Beaverbrook was appointed Honorary Air Commodore of 4624 (County of Oxford) Movements Squadron, Royal Auxiliary Air Force in July 2004. In October 2009 he was promoted to be Honorary Inspector General, RAuxAF, in the rank of Air Vice-Marshal. In May 2016 he was appointed to the new post of Commandant General RAuxAF, with membership of the Air Force Board Executive.

After becoming a member of the House of Lords, Lord Beaverbrook was appointed a Lord in Waiting and Government Whip in 1986. He served as Deputy Treasurer of the Conservative Party from 1988 to 1990 and was appointed Treasurer in 1990.

He remains active in various charities and is currently a Vice President of Ambition UK (formerly National Association of Boys’ Clubs) having been Chairman from 1988 to 1992. He is a patron of London’s Air Ambulance and was a Member of the Council of the Homeopathic Trust from 1987 to 1992. He was appointed Chairman of the Beaverbrook Foundation in 1985 on the death of his father, having been a Trustee since 1974. 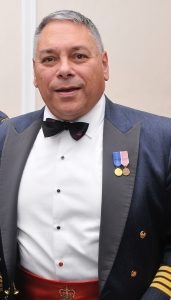 Kevin Billings is President of the Billy Fiske Foundation and has been instrumental in the Foundation’s creation.  Kevin is also the CEO and founder of Legation Strategies which provides advisory services in strategic positioning, mergers and acquisitions, and private equity within the energy, infrastructure and national security sectors. Kevin is also a co-founder of Legation Capital Partners. He is a proven executive with extensive experience in the strategic management of defence, energy and industrial organisations in both the public and private sectors.

He was appointed by President George W. Bush to serve as an Assistant Secretary of the United States Air Force where his responsibilities included the world-wide management and direction of the Air Force’s $38 billion installations, logistics, environment, and energy programs. Kevin began his career as a Legislative Assistant on Capitol Hill in Washington, DC and his experience has been multi-dimensional in terms of strategic management, international and domestic business operations, transformation and change management. As part of his corporate experience he co-led a multi-divisional acquisition project and secured $1.5 billion in financing from international participants, developed a successful acquisition plan for a $2 billion energy company, and created a multi-functional marketing and US government operations business model for a global aerospace and industrial company headquartered outside the United States.

In 2017 Kevin was appointed as an Honorary Group Captain in the Royal Air Force, and one of two American members of the 601 (County of London) Squadron Royal Auxiliary Air Force. He also serves as a Senior Visiting Fellow at the Mitchell Institute for Aerospace Studies in Washington, DC. He is a member of a number of corporate and nonprofit boards, including the Royal Air Force Museum American Foundation’s Board of Directors.  He has been awarded the US Air Force Exceptional Civilian Service Medal and the US Army Outstanding Civilian Service Medal.  Kevin is a graduate of the Executive Development Program at the Wharton School of Business at the University of Pennsylvania, and is a Distinguished Graduate of the University of Puget Sound in Tacoma, Washington. 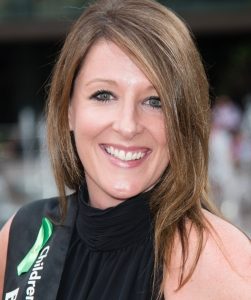 Courtney Muir was born and raised in Colorado where she distinguished herself as talented multi-sport athlete. Most notably, she was a state champion tennis player and played tennis at the University of Colorado where she earned her bachelor’s degree in economics and English. Upon graduation, while traveling extensively in the UK and Europe, she earned a Master of Science degree in Finance at the Daniels College of Business of University of Denver.

Courtney has served in many significant positions leading risk management and international relations throughout the international gold mining industry. She is recognised for the breadth of her experience in risk analysis, business development, regional and global communications as well as building key relationships with stakeholders throughout the world.

Most recently, Courtney completed a year-long sabbatical living and studying in the UK where much of her writing focused on the relationships between Americans and Britains. Courtney’s extensive charitable activities have include work with Children’s Hospital of Colorado, the United States Golf Association, and the University of Denver’s Reiman School of Finance mentorship program. 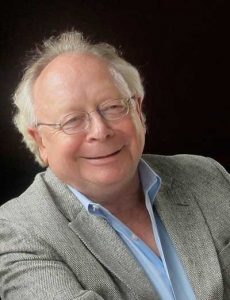 James H. “Jim” Bailey is Legation Strategies’ General Counsel. Previously a partner in two international law firms, Jim has maintained his own law consultancy since 1996.  In addition to his consultancy and work as a mediator and arbitrator, Jim’s work includes service as Special Assistant to the President of the United States (Clinton); Legal Adviser to the Chairman of the Federal Energy Regulatory Commission (Carter); Oklahoma’s State Conservation Attorney (regulating the exploration & production of the state’s hydrocarbons, including environmental consequences); Executive Assistant to the Chairman of the Wisconsin Public Service Commission; Research & Development Vice President of the United States Enrichment Corporation; and was as an Infantry Officer in the U.S. Army.

In his law consultancy, Bailey has served as counsel and business advisor for multiple clients, as well as Deputy General Counsel for Fortune 500 and 1000 companies and as National Director of Regulated Industries for Arthur Andersen Economic Consulting.  Bailey was Founding Corporate Secretary of the U.S.-Algeria Business Council and serves as a Trustee of the Patrick & Anna F. Cudahy Fund and is a member of the Strategic Advisory Council of Total Alignment Wealth Advisors. 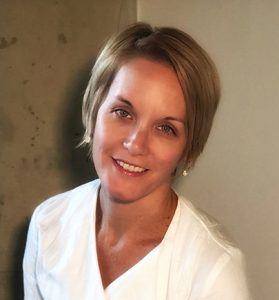 Laura Hermann is a strategist and writer who works with experts whose efforts serve to inform decision-making. She facilitates engagement that integrates public speaking, broadcast, print and online media opportunities into long-term campaigns that produce results. Her experience in the energy, national security, scientific and engineering arenas presents practical lessons to improve how we understand audiences, craft compelling messages and maximize media, marketing and other communication activities.

As a principal at Potomac Communications Group, she contributes strategic counsel that helps leadership teams challenge assumptions and gain consensus necessary to achieve business goals. She supports high- profile executives and investors to prepare for and respond to controversial issues regarding public acceptance, investor confidence, export controls and intellectual property  protections. Her approach to stakeholder management prepares organizations to thrive in scenarios when private, government and association interests intersect. Throughout her career, Laura has focused on challenges that are unique to large-scale, long-term infrastructure projects. Her past efforts have advanced the goals of organizations such as the Chicago Alliance for Neighborhood Safety, the American Red Cross, Battelle Energy Alliance and NASA, as well as numerous nuclear energy interests.

Laura co-founded the Chicago Justice Project as part of her long-evolving commitment to science, technology and social justice issues and is a veteran radio producer. She holds a master’s of science from Northwestern University and was inducted into Phi Beta Kappa as an undergraduate at Loyola University Chicago. As an interlocutor among public, private and NGO sectors, Laura navigates controversies that often inject negativity into people’s lives; thus, she views  happiness as chaotic. She draws inspiration from the self-organizing, random patterns that generate friendships and joins the Billy Fiske Foundation to help further annotate the details of life that promote gratitude, humility and wonder. 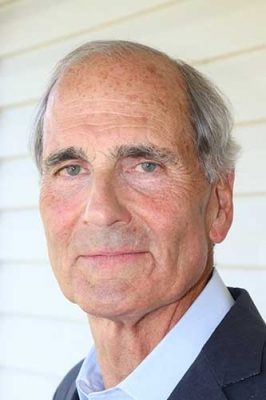 Mr. Bayer was appointed Chairman of the Defense Business Board in April 2015. The Defense Business Board provides the Secretary of Defense and other senior leaders with independent advice, reflecting an outside private sector perspective, on proven and effective best business practices for application to the Department. He previously served as Chairman from 2007-2011.

In addition, Mr. Bayer serves as a Member of the Defense Science Board, the Chief of Naval Operations Executive Panel, and chairs the Business Executives for National Security Advisory Board.

Mr. Bayer’s education includes a Bachelor of Science in International Economics, a Master of Business Administration and a Juris Doctor. He is a resident of Georgetown, D.C., U.S.A. 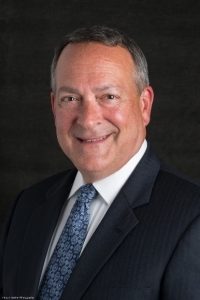 Mat has a Mechanical Engineering degree from the University of Notre Dame, and a Master of Science degree from the Naval Post Graduate School in Computer Science and another from the National Defense University in National Resource Strategy. He serves on the Board of Directors for the Support Our Aging Religious (SOAR!), as a Trustee to the Board of Directors for the Naval Aviation Museum Foundation and as a member of the ACTIVZ Global LLC Advisory Board. 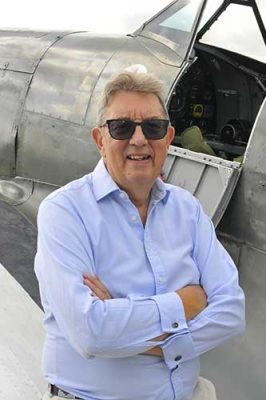 Paul Beaver is very much a hands-on historian with a pilot’s log book which includes the Spitfire, Harvard and Mustang. He regularly flies the family Cessna and coordinates the flying at the Chalke Valley History Festival as an authorised civilian and military flying display director. He is an acknowledged expert on the Spitfire, the Battle of Britain, the Dambuster raid, Naval Aviation and Cold War operations. He is a Vice President of the Spitfire Society.

Paul spent 15 years directly linked to Jane’s including Naval Editor and Publisher & Editor in Chief of Jane’s Defence Weekly. He made JDW into a household name in 1990 through his broadcasting during the Liberation of Kuwait and eventually became a freelance war correspondent for Sky News and a studio ‘expert’ for BBC News and CNN International, for whom he jointly presented the 50th Anniversary of D-Day (from Normandy), VE-Day (from Moscow) and the Hong Kong Handover. He is also a Trustee of the Barnes Wallis Foundation and the Army Flying Museum, a former Trustee of the International Bomber Command Centre, as well as member of the Air & Space Power Association, a member of the Royal Air Force Historical Society and the Battle of Britain Historical Society. In June 2014, he delivered a sell-out lecture at the Chalke Valley History Festival, taking the people, places and politics of the Spitfire as his theme, which led to Spitfire People, published in June 2015 with a foreword by the late Captain Eric (Winkle) Brown CBE DSC AFC RN. Paul is writing Winkle’s biography for publication by Penguin Random House in September, 2020.

Paul is a Member of No 601 Squadron, Royal Auxiliary Air Force which traces its history back to before the Battle of Britain. Previously, he had been an army aviation reservist, retiring in 2013 with the rank of Colonel. From 2014-16, he was Chairman of No 1010 (City of Salisbury) Squadron of the Air Cadet Organisation and retains a strong interest in education, has advised the Aviation Skills Partnership on armed forces related STEM. He lectures regularly at the Army Flying Museum and for the Royal Aeronautical Society of which he is a fellow. He is a member of the Guild of Battlefield Guides.