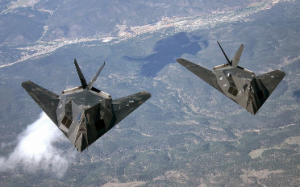 I was delighted when Kevin Billings invited me to write a short piece about how Billy Fiske’s sacrifice in 1940 exemplifies the UK/US Special Relationship and, in particular, the unique relationship between the USAF and RAF.  The opportunity is all the more poignant given my current role as the Honorary Air Commodore of 601 Squadron, the Squadron on which Billy served during the Battle of Britain and, very sadly, lost his life as one of The Few and also, of course, as we celebrate the 80th Anniversary of that great air battle.  Others have written very eloquently about Billy’s achievements, the significant role that pilots from the US and many other countries played in the Second World War and, of course, the relationship between Winston Churchill and President Roosevelt.  In recent years there has been speculation that perhaps the relationship is not quite as ‘special’ as it has been in the past. In some respects, this is inevitable, relationships wax and wane depending on the personalities involved and their mutual belief in the value of the relationship.  However, there is also a deeper institutional relationship that transcends the individual and is based on shared values and beliefs, mutual trust and respect, and a common view of the world. 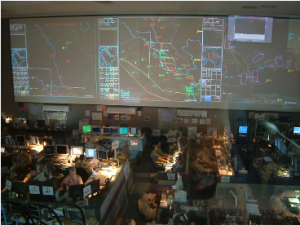 For me, the relationship between the USAF and RAF exemplifies what ‘special’ really means.  Throughout my RAF career it has been the bedrock on which we have built our capability and I believe it is as strong now as it has ever been.  The placement of an RAF pilot in the ‘black’ F117 programme is an obvious example of the uniqueness of the relationship and that continues today with RAF pilots flying the F22 and B2, the USAF’s most advanced aircraft.  The same is also true of training exercises such as RED FLAG, where certain exercises only involve RAF and USAF participants.  As key members of NATO, during the Cold War the US and UK played a significant role in shaping the structures, procedures and training that underpinned the Alliance’s air capability, and they have continued to do so in the ‘coalitions of the willing’ that have characterised conflicts over the past 30 years.  Whilst some coalition partners come and go, the USAF and RAF have been partners in every major air conflict since the First Gulf War in 1991, and this has strengthened an already unique relationship, which is increasingly built on deep personal friendships that have developed over many years of working together.  Young captains and flight lieutenants who spent 12 years together patrolling the No-Fly Zones over Iraq are now generals and air marshals shaping the future of their respective services, but with the benefit of a common understanding and knowledge of how air power should be used to deliver maximum benefit in different situations.

The Second Gulf War is a good example of the depth of our relationship and the trust that had developed over many years of operating together.  From the very start, RAF personnel were invited by General Buzz Moseley – then Commander Central Command Air Forces and the nominated Coalition Air Component Commander – to participate in the initial planning for what became Operation IRAQI FREEDOM.  As the operation transitioned from planning to execution, Moseley’s desire for RAF participation – in addition to aircraft – involved over 50 staff officers filling key posts in the Combined Air Operations Centre (CAOC) in Saudi Arabia, including one of the 3 one-star CAOC Directors, the other two being USAF brigadier generals.  Completing 8-hour shifts, these 3 individuals effectively ran the air war on behalf of General Moseley.  For him to have appointed a Brit to one of these crucial positions speak volumes for the confidence and trust he placed in the ability of the individual and the strength of the USAF/RAF relationship. 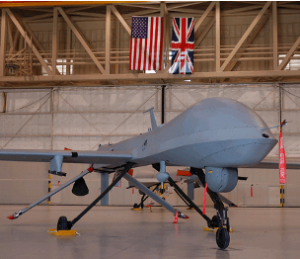 Although a shared operational experience has been one of the main threads of the USAF/RAF partnership, the same close alignment of views is mirrored in the development and procurement of equipment.  In the specialist – and sensitive – area of Signals and Communications intelligence collection the USAF’s RC135 force worked hand in glove with the RAF’s Nimrod R1 Squadron and it was, therefore, relatively straightforward – and mutually advantageous – for the RAF to procure RC135 RIVET JOINTS as a replacement for the ageing Nimrod R1.  The creation of the Combined Predator Task Force reflected a similarly beneficial partnership between the USAF and RAF.   Established at Creech Air Force Base in the aftermath of Operation IRAQI FREEDOM, the force brought together RAF and USAF personnel to develop the still embryonic capabilities of the Predator UAV into what has become an essential part of our frontline capability.  Although the RAF has now built its own Reaper UAV force (soon to be replaced with the more advanced and capable Protector UAV) the experience gained from operating alongside USAF colleagues at Creech has been an invaluable stepping stone in establishing the force, whilst at the same time helping to deliver a critical operational capability.  The F35 programme displays similar close working relationships, in this case with both the USAF and USMC.  As the only Level 1 partner in the programme, the UK has an important role in the F35 Test and Evaluation programme and has benefitted enormously from training 617 Squadron personnel alongside the USMC squadrons at Marine Corps Air Station Beaufort in South Carolina.

These are only a handful of the examples of where the relationship between the USAF and RAF endures and, indeed, continues to flourish – there are many more.  Inevitably, the partnership benefits enormously from the close personal relationships between the men and women at the top, be that Reagan and Thatcher, Bush and Blair or the respective Chiefs of Staff.  However, I firmly believe that the strength of the relationship is underpinned by shared values, mutual respect and trust – and a collective desire to ensure the safety of our democratic way of life.  Just as Billy Fiske was willing to pay the ultimate sacrifice for this goal, so are the young people in today’s USAF and RAF, and I can think of no more fitting tribute to them all than the memorial proposed by the Foundation. 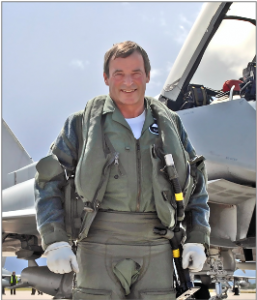 Air Chief Marshal Sir Glenn Torpy was born in 1953 and joined the Royal Air Force in 1974 after achieving a First in Aeronautical Engineering at Imperial College, London.

His operational flying career included two tours flying the Jaguar in the reconnaissance and attack roles, a tour as a Qualified Weapons Instructor on the Hawk and command of a Tornado GR1A tactical reconnaissance squadron.  In this latter role he saw active service during the First Gulf War, for which he was awarded the Distinguished Service Order.  In 1994 he assumed command of Royal Air Force Bruggen in Germany, the largest Tornado base in the Royal Air Force.

Sir Glenn graduated from the Royal College of Defence Studies in December 1997 and the Higher Command and Staff Course in April 1998.  He subsequently moved to the UK Permanent Joint Headquarters as Assistant Chief of Staff J3 (Operations), where he was involved in Operation DESERT FOX in Iraq and Operation ALLIED FORCE, the NATO intervention operation in Kosovo, for which he was made a Commander of the British Empire.  He spent a short time as Director of Air Operations in the Ministry of Defence before taking over as Assistant Chief of the Defence Staff (Operations).  Sir Glenn became Air Officer Commanding No 1 Group in March 2001, with responsibility for all Royal Air Force Strike Attack, Offensive Support, Air Defence and Reconnaissance forces.  During his time at No 1 Group he commanded the 22,000 British Forces participating in Exercise SAIF SAREEA II in Oman, and in 2003 was the UK Air Commander for Operation IRAQI FREEDOM, for which he was awarded the United States Legion of Merit for his part in the Coalition operation.  In July 2003 he became Deputy Commander-in-Chief Strike Command before being appointed Chief of Joint Operations at the Permanent Joint Headquarters in July 2004, where he was responsible for all the United Kingdom’s overseas operations, including those in Iraq and Afghanistan.  Sir Glenn became Chief of the Air Staff in April 2006.  He was made a Knight Commander of the Bath in January 2005 and a Grand Knight Commander in June 2008.  During his flying career Sir Glenn has amassed some 4300 hours of fast-jet flying, predominately on Jaguar, Hawk and Tornado, but also on Typhoon.  He retired from the Royal Air Force in July 2009 and joined BAE Systems as their Senior Military Advisor in January 2011, a role he held until October 2018.

Sir Glenn is married to Christine, and for relaxation enjoys sailing, playing golf, gardening, cabinet making, photography and reading about military history.  He is a Fellow of both the Royal Aeronautical Society and City and Guild Institute, and a Liveryman of the Worshipful Company of Haberdashers.