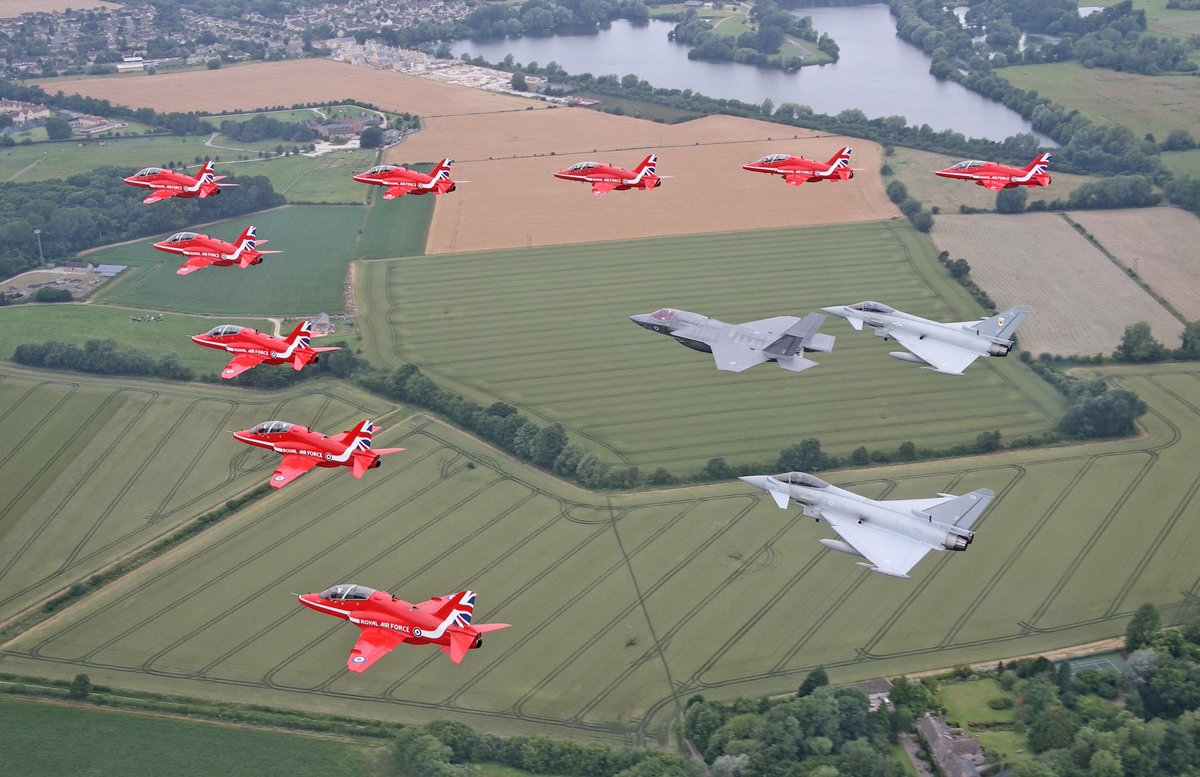 On the first day of the Gulf War, the breath caught in my throat as I unplugged from the large Victor air-to-air refueling tanker, in my Tornado F3. Many details of that mission have faded, while others are as clear in my mind now as they were then. One especially vivid memory is of looking up and seeing the waves of F15s, F16s and F18 above and around, all contributing to the coalition wall of aircraft heading north into Iraq. I knew then that in the face of a daunting enemy, the United Kingdom had powerful allies, willing to stand shoulder to shoulder, or in this case, wing to wing, with us. The ‘special relationship’ I’d heard so much about, was being put into action. 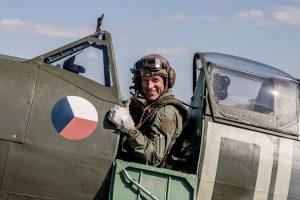 As a young pilot on 43(F) Squadron, I met my first ever American. Our unit always hosted an exchange officer from the F-15C community, known for being the best fighter pilots the USAF had to offer. Hound O’Connor definitely fit that lofty bill. One of the most talented aviators I’ve encountered in my 30-year career, Hound was always happy to share his experience with others. Air combat maneuvers were his particular forte and as such I spent many happy hours chasing or being chased around the sky by him, before sitting down over a beer to discuss tactics and pick apart the elements of winning a dogfight. Hound embodied the crucial military compatibility component of our two nations’ special relationship. He patiently took time to fly with each of the pilots on the squadron and would offer lectures on energy management and how to maneuver for advantage and how to defend when under attack. 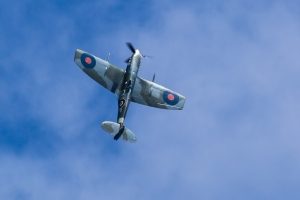 The moves and tactics Hound taught me, gave me added confidence in my training and preparation as a 23-year old taking part in one of the biggest conflicts since World War II. Knowing he was part of our squadron gave me a fuller faith in the global effort. Dhahran airbase had a huge American imprint in terms of personnel and facilities. The British were always welcomed to use those resources and that really underlined that we were all in the battle together. Most military personnel will tell you there’s nothing more special than that. 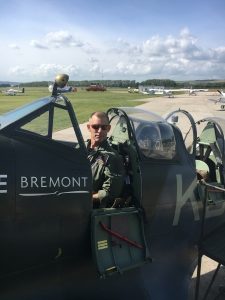 Hackett aboard a Spitfire

Part way through the war I was on a night time mission. My controller, from an Airborne Early Warning & Control aircraft, was American. As I transited across southern Iraq, by some miracle I spotted a SCUD missile through my night vision goggles, being readied for launch on the desert floor below. I immediately spoke to the controller, to request an appropriate asset to be called in to deal with this threat. The controller summoned an A10 and I then circled with full faith as I heard the pilot check in on the radio frequency. Sure enough, just minutes later, the threat was handled. Clear evidence that the British and American forces work extremely cohesively even amid the pressure of war.

Fast forwarding to the present day and I’m working alongside Americans again as part of the British contingent embedded with the F35 Lightning II team. While the Revolutionary War is never far from the minds of many in Virginia, my family and I have experienced an extremely warm welcome. As a uniformed military officer here, I have personally been thanked for my service numerous times and military discounts generously extended to us. I’d say Sir Winston Churchill was spot on…the relationship between our countries, as embodied by our citizens and yours, is very special indeed. 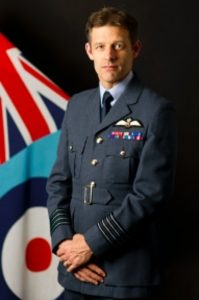 Group Captain Willy Hackett joined the RAF in 1987.  After completion of flying training he was posted to the Tornado F3 Force in 1990 and joined his first front line unit, 43(F) Sqn, at RAF Leuchars in Scotland.  Further tours followed on 29(F) Sqn at RAF Coningsby and 25 (F) Sqn at RAF Leeming, where he was selected to be the Tornado F3 display pilot, performing at airshows around Europe in 1997-98.  Selected to fly the Sea Harrier F/A2 in 1999 with the Royal Navy, he served with the frontline 801 Naval Air Sqn on board HMS Illustrious, and with 899 Naval Air Sqn as an instructor pilot. In 2002 he was selected for Test Pilot training at the Empire Test Pilots School at RAF Boscombe Down where he was promoted to Squadron Leader and won the Cobham Trophy as the best pilot on 61 Fixed Wing course.  Posted to the Fast Jet Test Sqn at RAF Boscombe Down as a flight commander, he was the Eurofighter Typhoon project test pilot but also tested all fast jet aircraft types the RAF operated.  In 2006 he joined the F35 Integrated Test Force as the UK F35 STOVL test pilot at Lockheed Martin Fort Worth in Texas.  He attended Advanced Combined Staff College at the Joint Services Command and Staff College Shrivenham and completed a Masters Degree in Defence Studies.  Promoted to Wing Commander in 2009 he joined the F-35 Lightning Project Team where he worked extensively on both sides of the Atlantic to ensure the UK’s warfighter requirements of this programme were met.  Hackett was promoted to Group Captain in 2013 and returned to the Lightning programme as the JSF National Deputy based in Washington DC.

As a pilot, Hackett has extensive operational experience having flown numerous combat missions, from both land bases and the aircraft carrier, in many different theatres including: Op GRANBY/GULF WAR 1 (Iraq); Op DENY FLIGHT (Bosnia); Op SOUTHERN WATCH (Iraq) and Op PALLISER (Sierra Leone).  Of note, he was awarded the MBE from Her Majesty Queen Elizabeth II in 1999 for services to aviation.

Group Captain Hackett is married to Debb and has 2 young daughters; Grace born in Texas, and Olivia.  His interests beyond the military include flying World War 1 and 2 fighters, gliding, military history and skiing.