The Forgotten Few of the Fleet Air Arm — online presentation by Paul Beaver, Vice-President of the Spitfire Society 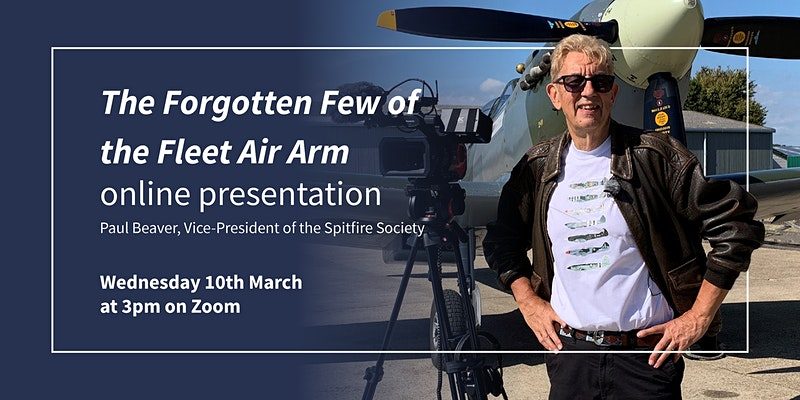 The next speaker in the Trust’s exciting series of webinars will be a hands-on historian and Spitfire pilot with exceptional credentials.

Paul Beaver, a former army aviation reservist who retired in 2013 with the rank of Colonel, is a member of No 601 Squadron, Royal Auxiliary Air Force, which traces its history back to before the Battle of Britain. His pilot’s logbook includes entries for the Harvard and Mustang as well as the Spitfire.

He will explain how 57 naval pilots flew in the battle, with nine losing their lives. While a number of Fleet Air Arm pilots became ‘Aces’, destroying more than five enemy aircraft, Paul will explain how he feels the Royal Navy’s contribution to the Battle was almost written out of history by Air Ministry and Admiralty Bureaucrats.

Paul, whose talk will be based on his book, The Forgotten Few of the Fleet Air Arm, will also explain how the Royal Navy also provided two of its own squadrons to defend the Home Fleet in Scotland. Naval pilots like Sub-Lieutenants Dickie Cork and Jimmie Gardner became trusted wingmen of famous fighter pilots like the legendary Wing Commander Douglas Bader, who led No 242 Squadron.

The webinar takes place online at 3pm on Wednesday 10th March and will be available after the event on the Trust’s YouTube channel. This webinar will be free to join, although donations to the Trust are warmly encouraged.

Once registered, you will receive an email containing the webinar joining information and link.

For further questions on the webinar, please contact [email protected]